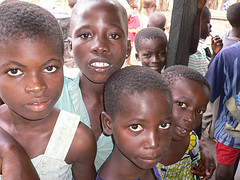 Guatemala is one of the most well-known countries in the world that believes adoption as one of the most remarkable processes available. It views adoption as a legal process mainly because the number of children being orphaned, abandoned or separated from their parents have dramatically been growing due to high fertility rates, endemic poverty and the shame of single parenthood. Heartbreaking as it may seem, hundreds of birthmothers in Guatemala today contact an attorney or an adoption agency to place their child for adoption only days after birth. That’s so sad, but that is also the reason that makes US citizens happy as children in Guatemala are available for adoption at very tender ages.

In Guatemala, newborn babies are made available for adoption. They are healthy babies as they are raised and well-cared for by the foster mothers during the wait for adoption. According to some reports, about 65% of the children adopted from the country were not even one year old, and this is perhaps what attracts more couples and families to adopt a child from Guatemala. Additionally, there is no gender limits set for the availability of Guatemalan children as boys and girls are available for adoption.

Although there is no strict gender or age limit availability in Guatemala adoption, certain requirements for parents and couples are out there to meet. Maybe one of the strictest requirements set is the need for DNA testing. The DNA test is highly considered to validate that the woman surrendering the child for adoption is truly the birthmother of that child. Once the DNA testing is conducted, the attorney who is working within the Guatemalan courts should prepare the so-called “final adoption packet” and secures a Guatemalan passport for the child, including a medical report. And, once these documents are complied with, the adoptive parents have two options to consider, whether to travel to Guatemala to bring the child home or have the child escorted to you in your country of origin. Most of those who travel to Guatemala with the adopted child normally spend an average of two weeks, although there is no travel requirement set.

In Guatemala adoption, the time referral typically occurs about 3 to 6 months after the profile is received. The adoption process is then completed at an average of 8 months after the child’s referral was accepted.
Adoption can be an expensive and time consuming process, but the rewards of having a child is limitless.