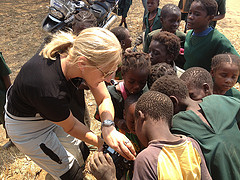 As you may be aware, adoption law varies from state to state, or from country to country. The laws can largely affect the adoption process, so it is highly crucial for every couple or parent wishing to adopt a child to know exactly what the adoption laws are and what do they cover and restrict.

A summary of the state adoption laws concerning particularly the consent, the parties involved, and the laws concerning the putative fathers, are listed below. Go ahead and read them.

The state adoption law basically outlines consent to adoption as the agreement by the parent, or a person or agency acting in place of a parent to surrender a child for adoption and to withdraw all the parental rights and duties of the birthparents. However, in some states in the US, the consent of adoption is typically made in writing and is witnessed or notarized, or even executed in the presence of the court judge or a designated official. Basically, the ones who hold the right of consent to adoption are the birthmother and birthfather. But either one or both of them may hold these rights terminated for reasons such as abandonment, mental incompetence, failure to support the child, or abuse or neglect.

Parties Involved to an Adoption

In terms of the parties involved to an adoption, the adoption laws maintain that in order for an adoption to take placed, the child must be taken to the home of the person who is qualified to adopt. In general, those who may adopt are any single adult or husband and wife jointly. A stepparent can also adopt and those married couples are permitted to adopt singly provided that they are legally separated from their spouse, or if the spouse is incompetent enough. On the other hand, the adoption law specifies that those who can be adopted are those that are under the age of 18. The child must also be legally free for adoption and must be present in the state at the time of the filing of the petition. There are also some state adoption laws which hold that children available for adoption must have earned residency for a minimum period of time in the home of the adoptive parents.

Under some state adoption laws, the putative fathers who wish to play an important role in their children’s upbringing have had actually fewer rights with regard to the children than either with the unwed or married parents. This means that they have lesser opportunity to maintain their parental rights with their children when the birthmother has decided to give up the child for adoption. In fact, it is with this adoption law that most putative fathers have considered using the Fourteenth Amendment to challenge the termination of their parental rights. This chance is also supported by the newly amended constitutional rights.

The adoption law has covered a lot of other important things, other than those above mentioned. These other matters involved the regulation to adoption costs, use of facilitator in adoptive placements, the infant safe haven laws, and a lot more.